Let’s enjoy a journey for J.League, football league in Japan!

◆Numbers of a match of registered/substituted players
18/3

◆Number of non-citizen players
Foreign nationals do not have a registration frame, the bench entrance and the participation quota of foreign players are five. The conventional Asian border will be treated as a foreigner. Players who have nationality of J.League partner countries (Thailand, Vietnam, Myanmar, Cambodia, Singapore, Indonesia, Malaysia, Qatar) are not considered foreign players.

◆J.League division 2 (J2)
22 teams participate J2, in which each club plays the others twice (a double round-robin system), once at their home stadium and once at that of their opponents’.

◆J.League division 3 (J3)
19 teams participate J3, in which each club plays the others twice (a double round-robin system), once at their home stadium and once at that of their opponents’.

◆Other competitions
◇Emperor’s Cup
Emperor’s Cup is a single-match tournament which professional and amateur teams participate presented by Japan Football Association (JFA). Its schedule is from late May to early January. J1 teams participate 2nd match (Round of 64).
◇Levain Cup
Levain Cup is a league cup presented by J.League. Its schedule is from early March to late October.
Competition format is described as below.
1) Group stage in which 16 teams compete which includes J1 and J2 teams.
2) Play-off stage in which 10 teams, winners of group stage compete.
3) Knockout stage in which 5 teams, winners of play-off stage and teams which participate ACL.
◇Xerox Supercup
This supercup is one-match competition in which winners of J1 and that of Emperor’s Cup compete. That is held just before the opening matches of J1.

◆Recent topics
Tokyo Olympics is essential thing to explain J.League this year.
Football matches of the Olympics will hosted at stadiums including six stadiums where J.League has been held regularly from 22 July to 8 August. Therefore all divisions of J.League matches cannot be in progress in the 18 days. J.League Cup / Copa Sudamericana Championship is suspended this year for the same reason.
The start of 2020 season of J.League is moved forward in 21 February, and problem of tight schedule will getting more severe from the very nature.
Nevertheless, heads of JFA (Japan Football Association) and J.League do not seem to change the schedule.
JFA’s obsession for holding the final of Emperor’s Cup at 1st January caused extremely short winter days-off of which period is only a week of runners-up of Emperor’s Cup, Kashima Antlers, which lost a match of ACL2020 play-off against Melbourne Victory at 28 January. The defeat meant that the club is the first one which was eliminated from ACL Play-off Stage.
Head of J.League absolutely insists on holding the first stage of Levain Cup with double round-robin tournament which brings many games while the cup is league cup. Many people worry that overwork leads worsening injury of players.
J.League, however, provides scenes of stadiums where people of all ages and both sexes gather. J.League has a strong point of which soccer fans should be proud before the whole world.
Many clubs give guests warm hospitality with stands where salespersons sells rich foods and drinks. Influence of Japanese culture of mascots of lax character for club mascots brings about promotion of the clubs. Mascots of many clubs come to the front in the promotion contents. It is striking point that people who love football can go to the stadium where grave cases seldom occur by hooligans when games of J.League are held. That is why number of average of attendance is increasing from 19,064 to 20,751 between 2018 and 2019.
I hope for J.League’s everlasting development.

◆Related pages
In Japanese
In Spanish 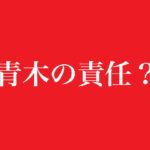